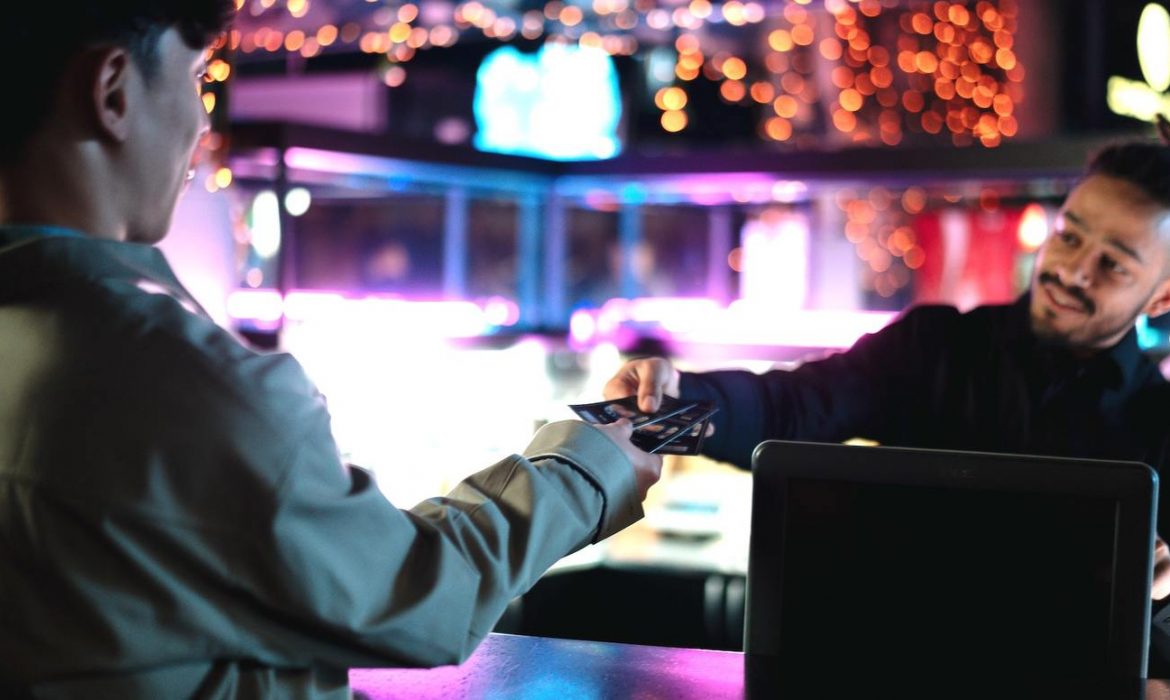 Like others, in early 2020 we found ourselves needing to adjust our digital ad spending forecasts to account for unprecedented economic uncertainty. While our initial impulse was to revise downward, by Q4 2020 we started seeing a market rebound and raised our outlook accordingly. In 2021, we made further upward revisions, resulting in a forecast that, by 2024, will be about $65 billion higher than what we expected before the pandemic.

Digital ad spending will blow away our earlier estimates. The biggest drivers behind these larger-than-expected increases are retail media networks and connected TV (CTV), both of which benefited from homebound consumers dramatically increasing their use of online shopping and video streaming. Social network and search advertising also surged, owing to growing numbers of people connecting with others online and searching for products and information on their devices. While we expect spending growth to taper off following unprecedented increases in 2021, the market will remain robust as more advertisers turn to digital channels for the benefits they offer compared with traditional media, including improved targeting and measurability. 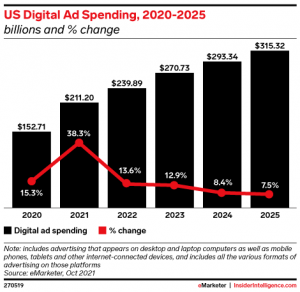 Retail media ad spending will almost quadruple in four years. By 2023, marketers will spend more than $52 billion on ads across websites or apps that are mainly ecommerce focused. The biggest player in this market is Amazon, whose US advertising business is growing faster than those of the other two members of the triopoly: Google and Facebook. However, other retailers are also making big plays in the ad space, including Walmart, eBay, Target, CVS, Etsy, and, most recently, Best Buy. These companies are motivated by several factors:

For all these reasons, we consider retail media the latest big wave in digital advertising, following search, social, and video. 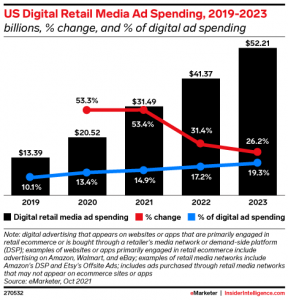 CTV ad spending is riding a wave of consumer adoption and platform launches. By 2025, spending will reach $34.49 billion, more than double the 2021 total of $14.44 billion. This means that, as a function of overall digital video ad spending, CTV will approach one-third in 2025 from roughly one-quarter in 2021. This escalation is driven by increased cord-cutting, more time spent on CTV, device companies like Roku and Vizio doubling down on their ad businesses, and the proliferation of ad-supported video platforms despite continued momentum in subscription-based ones. Yet another contributor is Amazon’s increasing focus on CTV as it grows its share of the US digital ad market.

Search and social also had huge years in 2021. Although search is a mature ad format, its 2021 growth of 39.1% was the largest year-to-year increase since we started tracking it in 2008. Social network ad spending also spiked in 2021, though not as sharply as search—mostly because social platforms held their own in 2020, while search suffered as many consumers were conducting online searches that weren’t easily monetizable. That said, social will overtake search for the first time in 2022, highlighting the scale, strength, and resiliency of platforms like Facebook, Snapchat, Twitter, and TikTok.
___
by  Paul Verna
source: emarketer.com

How to Ensure Success With Your Growth Marketing Plan in 2023